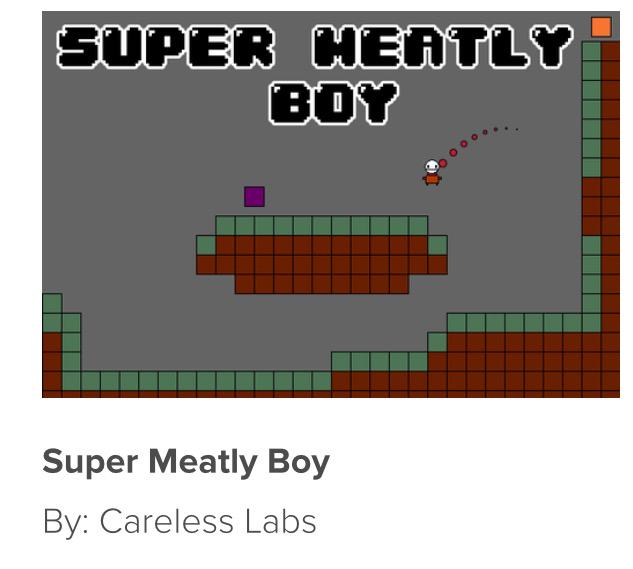 #MeatlyJam ran March 27th to 29th and was organised by themeatly, all the details and submited games are available on meatlyjam.com

The Meatly is a game dev themed comic well worth a look!

I had planned to take part in the jam for some time and retweeted all the hype before the jam started, was looking forward to making a “Super Meatly Boy” style game, then for some reason missed the start of it! I will put it down to over excitement.

Anyone who knows anything about game jams will realise 4.5 hours is a lot to miss and on top of this I wanted to use a new framework. I did a quick Google search and found Processing JS, it looked interesting and what is 4.5 hours and learning a new framework anyways. So in true Meatly comic book style I set about developing, but wait you need a local server running to test javascript games. Quick download of WAMP and I was up and running. 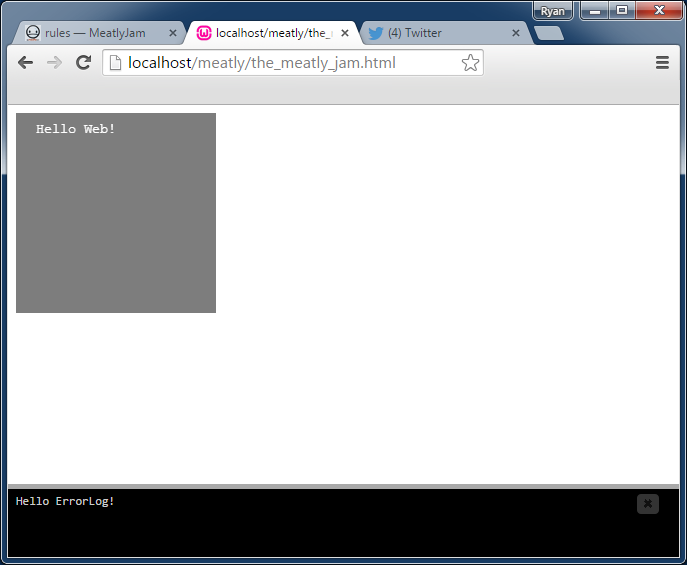 I had hand drawn some levels a few days before the jam, using Super Meat Boy as a test case, to catch up on time I decided to use these drawings as the game idea. 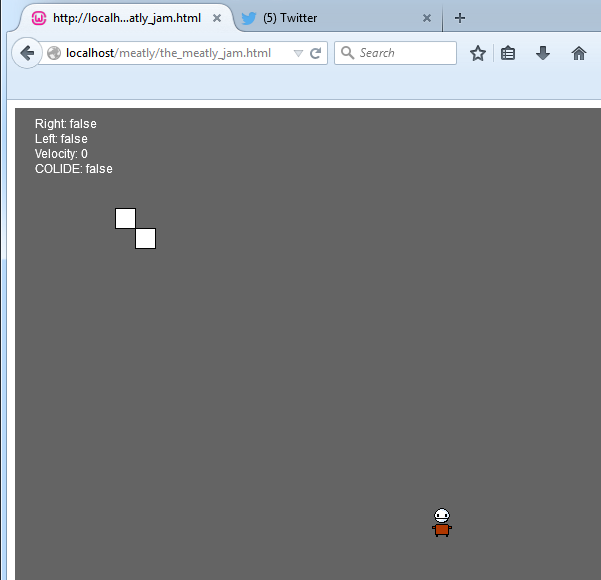 This would be the only image made during the whole jam (a tiny meatly boy), everything else you see uses framework methods to draw coloured shapes. I must admit when I see teams of people working on jam games I am a little envious, while having total creative control is great being able to delegate would be amazing. 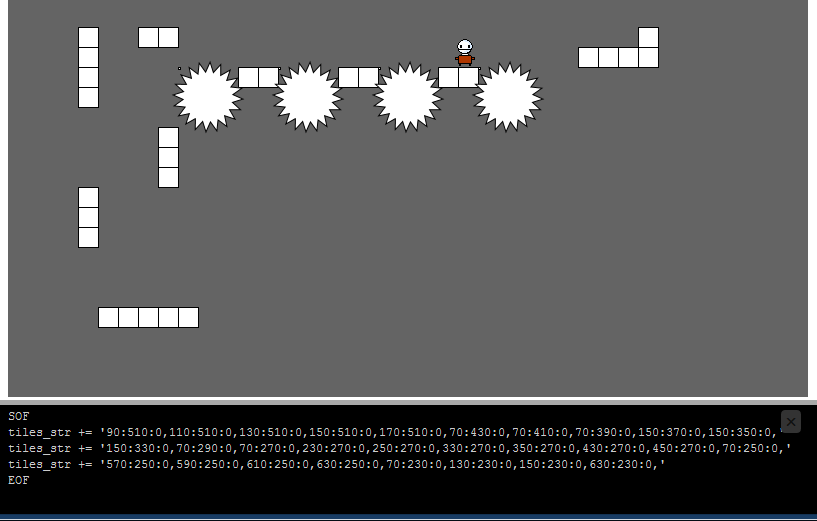 I quickly realised I would need two game modes, normal and edit, I now sit here and realise I should have coded in a button to toggle between modes not change hard coded values! Anyway I added the ability to click to add blocks to the screen the press a key to output the array.

While edit mode had a large array of tiles, some of which are empty, the final array for the level ignores the empty tiles, I thought while the game might look awful lets make sure it runs ok.

At this point I went to help out a neighbour, after some builders let her down my father in law and myself have been helping her out, so I spent 90 minutes cutting patio slabs with a large disc cutter in the cold, wet and wind.

It is frustrating to lose time during a jam but real life has to come first and you can always cut the game down in size.

With the key mechanics in place I flew through the level design, adding obvious features every few levels like pause, restart and a timer. If you ever have a play with Processing JS then you will find its fun but limited, if you have time you will achieve anything but out of the box you write pretty much everything from scratch. All the physics and collisions are custom, I did not have any help in that respect. I used the SMB level case study to help me through the levels, I failed to add the 20 I wanted to but 15 is respectable.

More failings but some success

So i had a lot of fun learning ProcessingJS and had a nice little working prototype, some of the code was written so quickly I am not even sure how it works! I thought the jam ran right through til 12pm but once again checking details had let me down, I had planned to add bugs into the game which could be fixed by collecting fixes in the levels but this was cut.

Most disappointed not to have included sounds, music and a boss at the end of the game but I did add a total timer, bug fix count  and death counter so people could share times.

Thanks for reading and please check out all the submitted games on MeatlyJam.com!

ps. A big thanks to Mr and Mrs TheMeatly for holding this great event.